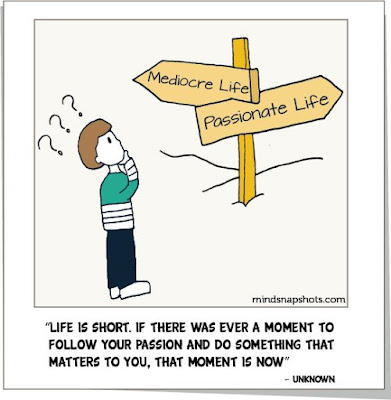 The 'one big question' that many seem to be asking is: "how do I become successful?"... in some cases, successful could be replaced with rich and in few cases the question could become that of being happy.

Because of ease of access to successful people, and their willingness to share their life in digitally social manner - those who are not satisfied with their lives and feel there is an answer out there, just not with them, will ask the question! In a digitally social life, there isn't much time to understand the person asking the question. However, since there is a question there has to be an answer...how-much-so-ever ill-fitting it may be, as long as it sounds good. 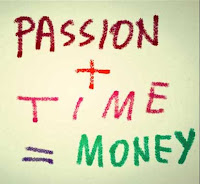 Person answering the question with a cookie-cutter answer and advice is, in reality, doing more harm than good. Unfortunately, that's the usual approach. Let's look at some examples of cookie-cutter advice:
The advice to follow one's passion / do what you love misses a few basic factors - such as, does passion in a person come with talent...or, can the person get paid for passion alone - is there a market for that passion...or, is it even acceptable, legally and / or morally, to follow that passion. More importantly, this advice does not even begin to understand if the person seeking advice has any passions worth making a living from. It doesn't understand the biggest chunk of people who in reality either have no passions or have not found one yet!

Part of the problem lies with the person asking the question - why, you may ask...after all, this person has identified a problem and is seeking answers. What is so terribly wrong with that? The problem is in thinking there is an answer, which is only available with the ones who seem successful / rich / happy and this answer works without fail.

There aren't many successful people who give any amount of credit to luck for their success on any digitally social platform. It seems most of the successful people are successful in spite of their luck, not because to it. The focus of reasons for their success unfailingly lies with their hard-work, their trust in their abilities, their following their passions and dreams and the fact that they didn't quit when all the chips were down. It is not for anyone to blame them to believe they made their success possible for themselves - after all they did everything mentioned above.

Once again, the problem lies with the person asking the question to believe there is nothing more that goes into the cocktail of success. The person asking this question does not consider how many have failed on the way, how few have succeeded and why have only these few have succeeded. By asking the same question to those who have failed along the way, at the very least the person seeking answers would get to know some of the risks and pitfalls.

The rags-to-riches story of many successful people makes it look possible and achievable, if only one could do what they did and somehow follow their foot-steps, then one day success / riches / happiness would be achieved.  However, the hard truth is...one could literally replicate exactly everything Steve Jobs did - but the results wouldn't create another Apple - well, even his close No.2 is struggling to replicate a small fraction of the magic.

The advice to "follow your passion", "don't give up on your dreams", "don't quit" are just statements. There is little doubt on the efficacy of these statements as motivational, but that's the extent - these are good & sound motivational statements. From advice sense,  however, these are half-baked and incomplete. These are not mantras of becoming successful or rich, or of attaining happiness. One may note here that it is not worth following any advice blindly!