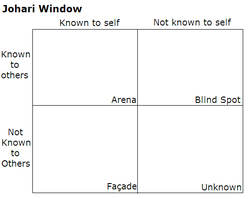 I had first been introduced to the concept of Johari Windows in 1999-2000. My sister had undergone this test as an off-site activity and came back ga-ga about these windows. It was that sort of a phase for me that I was absorbing just about anything non-academic and Johari Windows became one such concept.

I don't want to try and hold a class or lecture on what this tool does. I am sure you can read and understand all that you my want to from following link:

I basically want to introduce this tool, which can help improve interpersonal skills, to people who do not know of it. Better still - you can take this test online and know how you stand on this test. Just one suggestion, take this test if you are willing to take some feedback from your friends - if not, then better not try it.

Well - for those who want to try it out...try it here:

You could leave your feedback for me @

Posted by Mudit Aggarwal at 18:13 0 comments 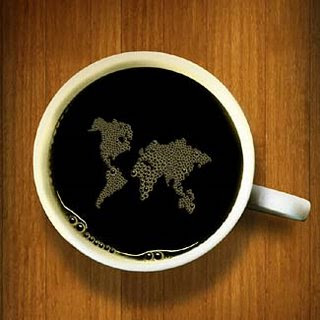 “Wanna go out for a cup of coffee?”

“I haven’t had my morning cuppa coffee yet!”

“Want to come upstairs for coffee...”

In such manner and many other ways we in India have moved towards Coffee. Coffee and cafe’ culture has changed our “going-out” definition totally.

Be it meeting friends, or just feeling like sitting quietly with a book; be it going out on a date, or getting to meet that someone special for the first time; be it taking a break from work, or completing that pending presentation; be it a late night get-away from home, or an early morning stop-over before office; be it before a movie or even after would do; be it post dinner, or post getting sloshed at some pub; be it an official meeting, or just a casual get together...be it any reason – being at a coffee cafe’ today is one of today’s most preferred going-out activity.

To me – coffee cafe is more than just about coffee. It allows young to be youthful and at the same time makes the not-so-young-but-young-at-hearts to come out and enjoy equally. I see a societal change that has come about in India due to this concept...to me; coffee cafe is the offline version of online social networking sites. What impresses me the most – all this has been achieved by coffee in India, in less than a decade – when India has been a tea-loving population.

Posted by Mudit Aggarwal at 19:13 0 comments 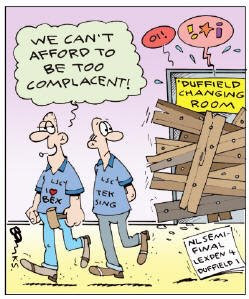 This post is actually in continuation with my previous post, which was on the New World Order. Both these posts have been sparked off by the latest terror-strike that took place in – where some gunmen opened fire at the Sri Lankan cricket team. I, like almost all others, can only be thankful to God that no serious harm happened to the Sri Lankan team.

This incident has not just ignited another round of abusing and finger-pointing towards and failure of the state in preventing such an act on their soil, but also managed to actually send across a message that this can happen. Well, it happened in on 26/11 – less than three months ago…didn’t it?

Last night, I was channel surfing – shuffling between various news channels and there was a lot of buzz about how wrong such an act is…so on and so forth. There were some statements being issued by Indian ministers that “cricket is safe in ”. Amongst all this, on one of the channels, I came across an interesting discussion taking place. I wouldn’t take any names – but the fact is there was one gentleman who said something very different, which was the most interesting at the same time. He was asked, “…as an international sports person and a public figure, do you think Pakistan should be excluded / boycotted from the international sports arena?” To this, the gentleman replied thoughtfully…started by saying “Look, I understand what happened is wrong in every sense; but I still think that we should not exclude the country basis this incident. I know that I am in minority to think so...but I still feel that cricket or any other sport should continue. What we need to do is to understand and accept the changing scenario of world or terror…”

I think the last statement was the most interesting bit for me. It actually made me realise, for the first time, that today we are probably dealing with the most organized form of terrorism that our society / civilization has ever seen. If this is not understood as this, then we run the risk of underestimating its power and thus run a bigger risk of becoming complacent.

Let’s actually look at India for instance, after the parliament attack in Dec 2001 – did we not feel that this should never ever happen again? Well – true to the word, since then there have been no attacks on the parliament; just that terrorists made a mockery of our security on 26/11, which was bigger than the attack on our parliament.

The point here is – today’s world has terrorism as a part of it and there is just no point in acting ignorant to this fact. We have to find better ways to protect ourselves and even better ways to fight terror. One can no longer say – “Ignorance is Bliss”!!!

Posted by Mudit Aggarwal at 13:48 0 comments 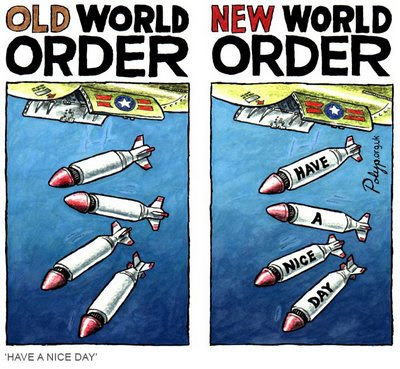 Terrorism has been a part of our society since my childhood. This I do not say with pride, but with some amount of fear and sadness. But till a little while ago - terror was terrorising someone else. Now that it has entered my own house - how do I keep quiet and how do I ignore it any longer?

I think the new world order is to accept terrorism and to understand that this scenario cannot be ignored or underestimated. I am not suggesting that we should all live in fear and I am most certainly not suggesting that we should accept defeat and give-in to whatever demands terrorist outfits may have. All that I want to say is - do not be complacent. Do not live with "it-won't-happen-to-me" attitude...because, it actually can!

Posted by Mudit Aggarwal at 00:39 0 comments