Are Men Ashamed Already...Apparently Not! 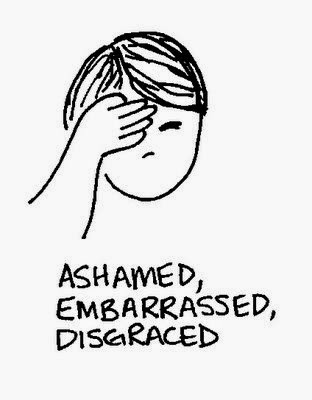 Every time, I come across the (in)famous words - "all men are bastards", I debate against the core idea of generalising. I do not think generalising serves much for such broad subject, but I do understand that this is the time when generalising is most required...if for nothing else, but to (hopefully) make an impact.

An impact that cannot be brought about using the words - "most men"! Problem with using "most men" is short & simple - every man would conveniently assume, "I am not part of that group". It is only when the statement is "all men" that every single man gets up to take notice and fight why he should not be on that list.

Honest men would realise on their own - when they decide to fight against generalisation that they are not pure, they are not guilt-free and definitely part-bastards.

Level of consciousness hasn't reached this level yet - men are still not ashamed of how they look at women and what they think of women. It is almost as if men have no self-control, at least no control on their thoughts. 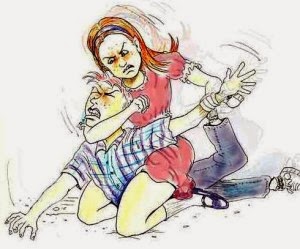 I am embarrassed with some of my own thoughts now, thoughts that I too used to consider normal / natural. I know I have never intentionally abused a woman - but at the same time I also know I have abused many in my mind.

Whether it is because media is doing more towards bringing abuse right in our face, or that more abuse is taking place (somehow I think it is the former - abuse has probably been on for a long time) - the issue of abuse is seriously being discussed and at certain level - also worked on.

I hope there are 2 basic changes that happen (sooner the better): 1) men feel ashamed, adjust a bit on their attitude and start respecting women and 2) women start fighting harder - I see no reason for women to take any sort of nonsense (physical / verbal / mental) anymore. I am certain, in more than a few cases, women fighting back in itself will help in improving the present abysmal situation.
Are Men Ashamed Already...Apparently Not!