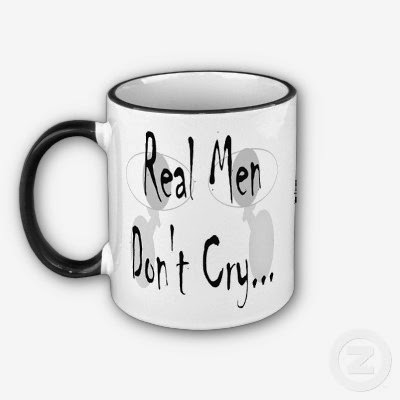 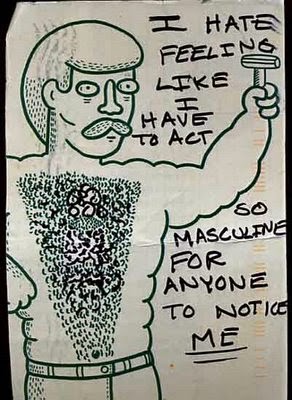 Essentially, trying hard to always live up to the stereotypical 'heterosexual-male-act'! I couldn't agree more...

The stereotypical male act is deeply ingrained in minds of all men. This stereotyping starts, rather unfortunately, at an early age. Boys don't cry...boys don't play with make-up or even dolls...it is okay for boys to break things / be aggressive. Such strong mental stereotyping can cause a lot of trouble for homosexual boys - almost to the extent of not identifying with themselves from within and obviously feeling as a social-misfit. As soon as homosexual boys / men are able to accept their orientation and tell the world (that matters to be told), they are free. From there on, they are not fighting to live up to any image or perception...no one would come to them and say - "why are you walking / talking like that, are you a heterosexual man?".

However, things are not quite that 'straight' for heterosexual men. They have been brought up in a manner that screams "boys don't cry" (used as a metaphor - for strength & control over emotions). Over time, they themselves start believing in this to be the truth of life - which makes them go hiding their emotions and, sadly, ignoring emotions all together.

Heterosexual men wouldn't claim openly that they like mushy movies, love ballads...or even that they hope for happily-ever-afters. They wouldn't show concern for emotions, if not of the opposite sex, then definitely not for their own sex. Feigning strength, it is impossible for heterosexual men to share pain & show tears. Are any of these stereotypical acts unhealthy, not sure - is it necessary for heterosexual men to be in touch with their emotions and also be good at sharing...again, not sure. Fact is, for those (few) who want to break this stereotype, have to do so at the cost of being considered less of a 'man' and possibly made fun of (in his social group - at the very least). 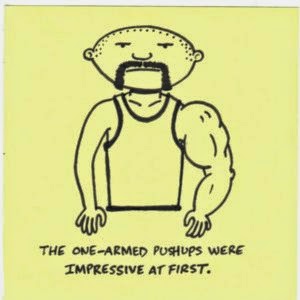 The problem is rather simple. Heterosexual men are made to believe and actually think that it is them who define manhood...the symbol of logic & strength. They think feelings are less important, actually believe that they think using their brains (not heart)...often forgetting they are not always led by brain!

Interestingly, this is the only sexual group that has three active & capable decision making organs - brain, heart & balls. In order to live up to the image of manhood - which is anyway incorrectly assumed as synonymous with heterosexuality in men - they curb the heart, lose their brains and end up acting purely on instincts led by their balls.

If only this sexual group could be woken up to be told that life is bigger & beyond perceptions of others about their sexual orientation and the image associated with this perception. If only they could truly learn to use their brains & believe more in their heart...over their balls. But then, if only... 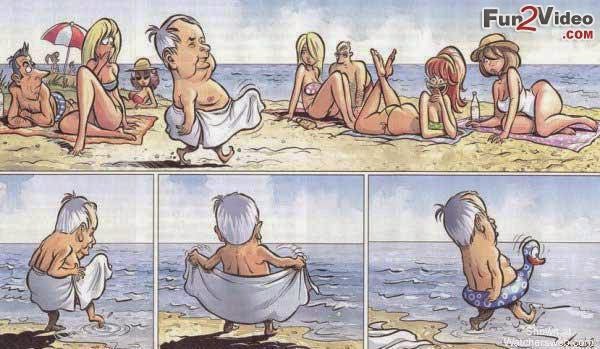