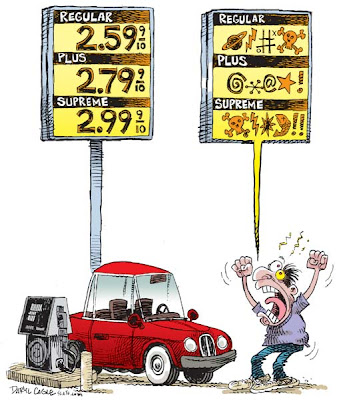 Even if that is so - does it matter to me that I am paying less than some other guy in Bombay or Madras (btw, I still like the older names of these cities). The point is - I am paying more than what I used to. The point is my entire lifestyle is travel-by-car dependant and now it has started to pinch (a little more than that actually).

I just hope that the fuel prices come down sooner than later, or else I would surely be on a two-wheeler!