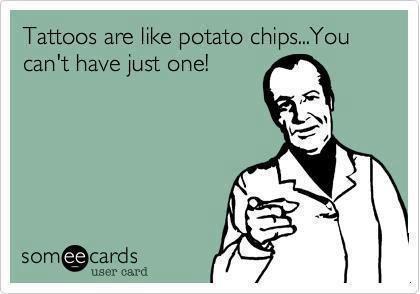 My interest in getting tattooed grew about 4 years back (2009). Tattoos were still not as popular a concept in India (as it has become in last 4 years) and you had to look hard to find a tattoo artist, then look harder to find one that you could trust.

At Mike's studio, I met an extremely helpful assistant of his - who understood my requirement, gave me solid advice regarding where to get tattooed (on my body that is) and which design to get done. With her help, I decided to get a Lion-head tattooed - since I am a Leo and I was at Mike's studio on my b'day!

Things become easier if one just wants it badly enough - by the time I landed at Mike's studio and had decided on the design I wanted, I was absolutely clear in my mind about getting a tattoo and any apprehensions about it had been thrown out of my mind. I wasn't bothered about how would it feel - the pin pricking my skin, the pain that goes along with it, or about being the first in my family to get a tattoo (and my family is pretty big) and not even about what will my mum+dad think about it (I was there without their knowledge).

After I got the first tattoo, I was back at Mike's studio within 6 months (in Jan 2010) - this time sure of the design I wanted for my second tattoo.

Tina and I were to celebrate our 12th anniversary (of togetherness) and I wanted to gift her something more than the usual gifts. I went up to Mike and he helped me select the heart (there are oh-so-many designs with him, just for a heart) and then a font, in which Tina was to be written. I also got 'XII' scribbled at one end of the banner - as part of our 12th anniversary.

It's inexplicable - I can't put words to how good I feel about my decision to get tattooed. I believe that my tattoos express & describe some part of who I am. Though I haven't got another tattoo done since, but I have a clear idea of what I want (as a concept) to get. There is more-than-normal-resistance from both my parents and incidentally from Tina as well - but I think I will still go ahead and get another tattoo...soon!
Tattoos & Me