It was an impulsive decision to quit Facebook, though the idea had been floating in my mind for few weeks. I have to give credit to my wife, who had already taken this step, for showing me that de-addiction was possible. The decision to quit Facebook wasn't a difficult one...it started with deleting Facebook-app from my mobile and finally deactivating my account - all within a span of 2-3 days. The sense of freedom that I experienced in those 2-3 days was such a positive feeling, it made the decision to quit a no-brainer. Today I can't understand my own need to share where I was going, where I was eating, what I was doing, who I was with...what I like and when's my b'day! 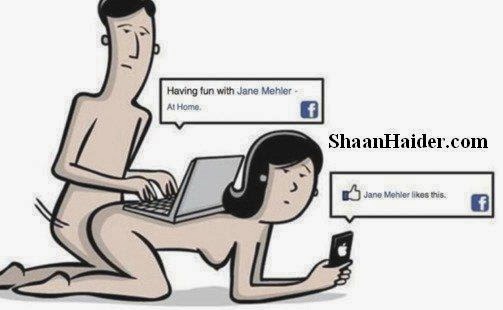 I think I had signed up on Facebook sometime in 2006, until then Orkut was the BIG thing. Looking back now, I don't think Orkut was ever such a craze as Facebook went on to become. I give partial credit, for this change, to smartphones and mobile internet as well. When I upgraded from not-a-smart-phone to a somewhat-a-smart-phone...Facebook was everywhere and anywhere I went, it was literally in the palm of my hands...Facebook suddenly was available 24x7.

It soon came to this - I started seeing my life from eyes of others - via Facebook. It became important for me, in my own mind, to share my life with others...whether anyone wanted to know or not...whether anyone was interested or not...I simply had to. Crazily, in my mind, I was sharing a few things to show-off! The events I attended, the day I had, the places I went to, the people I met... If this wasn't enough...I started sharing what I thought...and at times, making up thoughts.

This wasn't the worst of it. I was so addicted to Facebook that sharing my life and my thoughts wasn't enough, I wanted people (sorry - 'friends') to react to what I had put up...I wanted them to 'like'! I suddenly started enjoying being wished on my birthday by many more people, than I had ever been. "How many likes did you get?" / "How many people wished you this year?" - these had become common talking points with actual friends. 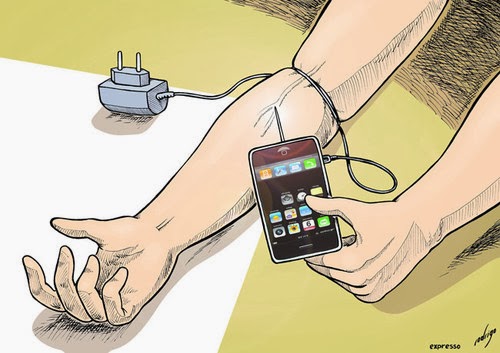 Over a period of time, all of this became stifling for me. It wasn't difficult to understand that I had been sucked into this world of superficiality, just as much as I was hating others for displaying it. Most of this was against my core...things I was doing on Facebook were against my nature - having 200+ friends for a starter! I am a guy who can count friends on two fingers and close acquaintances on the remaining ones. I had started cutting down, forcing myself to reduce my sharing content...deleted Facebook-app from my mobile. Just with this much, I started feeling better...lighter actually.

One fine day in July last year, I just deactivated my account. From being wished by over 100 'friends' on my b'day in 2012 (90+ on Facebook, rest were kind enough to call / text)...to less than a handful in 2013 - because I had deactivated my account on Facebook by then and my 'friends' weren't notified that it was my b'day. I would take the latter scenario any given day - when I know I am truly being thought of by these few people. Making these few people special for me - and 'few' special ones I can manage...from my core!

Matter is not universal for me - I am not suggesting that Facebook has turned our generation into fakers...I am not making any statement that Facebook brings any ill to our society...my entire post may read so because I got into a spiral-nose-dive, which was way out of my league. I couldn't manage it - allowed it to over-power me and finally I had to cut-it-out. As a fact, I am being truer 'me' without Facebook, than I had become with Facebook. If this makes me unsocial / unfriendly - at least this is who I really am!
Six months without Facebook now...