No Private Apologies For Public Insults 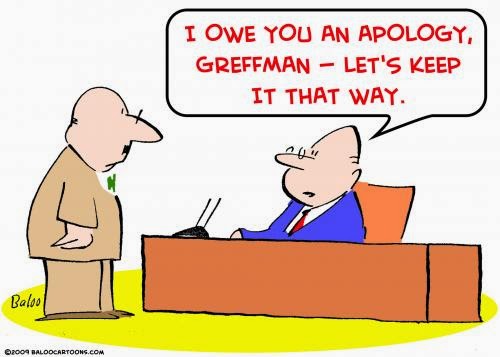 It was a big occasion meeting. Everyone, officers to managers to executives, from North & East India was attending - our division's new President (& country head) was to address the group and present his thoughts. Let's call him Mr. President.

Expectedly, meeting was long and presentation was boring (Mr. President was new to the division, not to the company - thus, "expectedly"). He couldn't connect with his audience and lack of interactivity made the entire experience further difficult to sit through. Some were yawning in full view, others were trying to hide it.

Mr. President had to accept and announce - "yes, yawning is contagious! I will wrap up quickly before I too catch the yawn-bug". 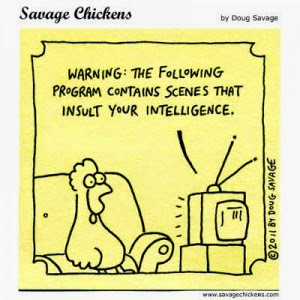 What followed was more bizarre than the presentation itself...Mr. President sat himself down and asked the group to give him feedback on his presentation. He also stated that since the same presentation was to be made to South & West teams a week later - it would only benefit him to know how he can improve. Bizarrely, he started asking each individual - "tell me, Mr. No-good, what did you think of my presentation?", starting with the first guy sitting on his left.

On being suddenly asked, Mr. No-good not only had to face 60-70 pair of eyes, but also think on his feet to say something (anything) meaningful to Mr. President - to not come across as his name suggested. His best thoughts about the presentation were simple three words, "it was nice"...having said all that he could, Mr. No-good sat down and took a deep breath (of relief) as Mr. President moved on to the next person.

I was seated sixteenth, not by any design - just. Apart from two / three critiques on the content, all of the fifteen before me went ahead and told Mr. President how good the presentation was (or just what they thought Mr. President wanted to hear). 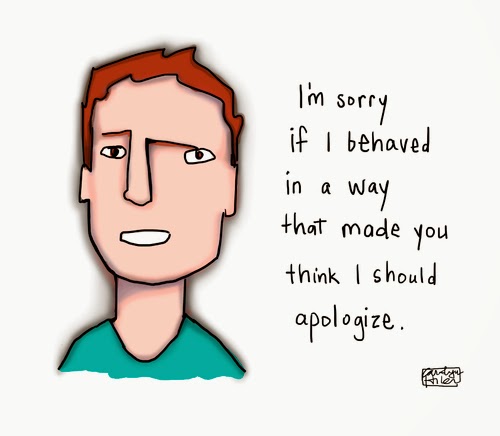 As my turn was approaching, my mind was racing and debating whether I should be honest or maintain the tone of feedback being given. My turn came and I couldn't keep it under wraps - apparently I was fuming more at a**-lickers than the sub-standard presentation from Mr. President. This 'fuming' got misdirected at Mr. President's presentation and an honest opinion of the presentation came out.

It was an out-of-body experience, I could see myself - taking apart Mr. President's best effort and I could see the shock & disbelief in everyone else's eyes. I wrapped up my comments stating that my views were purely to help Mr. President present better in his down-South visit, following week.

Mr. President heard me out, as did everyone present in that room that evening, and moved to Ms. Seventeenth. From here on, asking for feedback was a mere formality and not a single critical point came. We all were thanked for our valuable time and feedback - the meeting was adjourned...and I knew, I had dug a BIG hole for me to be buried in. Question on my mind was - will it be an execution?

As people started walking back - there was just one topic being discussed...what possessed Mr. What-does-he-think-of-himself (i.e. me), to say what he said. I was almost sure there will be a wager out sooner-than-later, regarding my future with the company. My heart was sinking by now...I could have put some of my own money on an 'early departure'.

As I reached my work station, before I could sit - I was called in by Mr. President's 2-i-c. My heart sank further and I felt 'early departure' should be changed to 'immediate departure'.

I sat down in Mr. 2-i-c's office, his unblinking and stern eyes were looking straight into mine. I realised that I had nothing more to say (had said enough 30 minutes ago) - thus it was better to let Mr. 2-i-c start the verbal proceedings of this meeting. After what seemed like a few minutes Mr. 2-i-c spoke and gave me a pearl of wisdom...and that was that!

Soon after, I was back at my work station...left pondering over my decision to provide honest feedback and in the manner in which it was given. The pearl of wisdom shared was profoundly apt for my action, taught me a lesson without punishment and has since become part of my system:

"There are no private apologies for public insults"

No Private Apologies For Public Insults