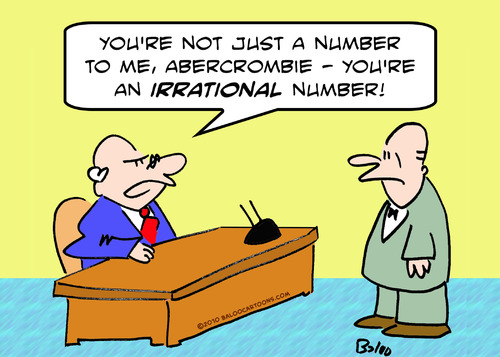 A popular telecom company in India thought of using the changing definition of human identity to their advantage...they took it a step further...made it sound as an answer to all societal-ills...all that they proposed people do was shed their names and use their mobile numbers instead!

The fact that this idea seems to hit some sensible nerves still - means that we are definitely in an era where we already use numbers to identify ourselves - told to us as customer id / account number. Bear in mind - these numbers are neither common across platforms / services, nor are easy to memorise...they are a long series of digits (could go up to 16 digits), the entire combination selected at random...making it difficult for identity thieves to clone our identity and at the same time, making it almost impossible for us to remember our own identity.

If this much effort wasn't enough to put doubts in our minds...are we really who we think we are...there is an added level to prove we really are who we think we are...a password! This, claim the service providers, is something we can choose ourselves...just that it has to be a minimum of 8 characters, should be alpha-numeric, have a special character included, but not some characters (which this service provider thinks less of and thus aren't special enough)...should be changed in a periodic manner...should not be anywhere close to our last three passwords.

Here comes the best tool to make the doubt grow a bit bigger...we only get a few attempts to prove our identity - to get the correct combination of account number and password. If, unfortunately, we don't get it right in the specified number of attempts to prove our identity...by the powers vested in the service provider, it is concluded that we are, indeed, not who we think we are...

It is not a surprise that the world's becoming more individual-centric...an individual will bother about the society at large when the individual gets free from the tangles of managing his own multiple individualities!
Human Identity in Numbers & Passwords