I am a Blackberry guy 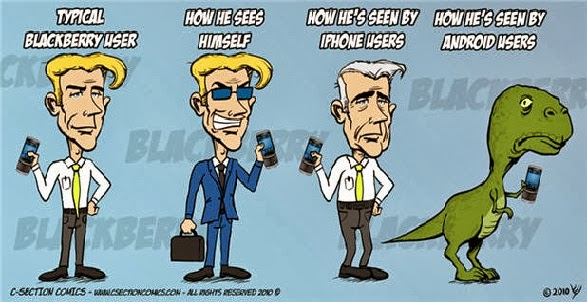 I was a simple mobile user - owned the erstwhile popular mobiles Nokia 3310 (used it for about 3 years) and Nokia 6230 (used it for 6+ years)...until Nokia decided to either shell out poor quality or supremely expensive models. During those days, there was a general perception that Blackberry was a business phone - meaning: expensive, need based and exclusive!

Towards the end of last decade, Blackberry did put a new thought in motion - their communication, their new models (Curve) - all directed potential customers to understand that Blackberry handsets were more about than just business / serious work. It was in Feb 2011, that I bought my first smartphone, my first business phone, my first QWERTY phone - my Blackberry! Still using the same handset - have a thing against changing frequently...A lot has changed in the Indian smartphone market since!

Not just world leaders - iPhone & Samsung that have suddenly become bigger than they were earlier, but Nokia (powered by MS Windows) has had a new lease of life. Craze for smartphones became such that it was only a matter of time for home-grown brands to come up...and we now have Micromax, Karbonn as strong leadership contenders in the Indian smartphone arena. The interesting bit in all of this is - about 90% of Indian smartphones are running on Android! 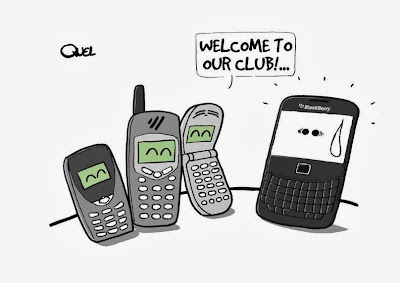 Blackberry, during all this while, was sitting pretty - trying to live on existing customer-base, enjoying the corporate deals it had...well, it made one and the costliest mistake - ignored its customers' changing tastes & requirements! It is something similar to what Nokia failed to do towards mid-2000s and lost it's leadership position...lost the base of more than half of Indian handset market.

This fuck-up from Blackberry's think tank hasn't happened with India alone...unfortunately, it is world over. Just to put things in perspective: Apple's latest offer - 5s & 5c have sold a record 9m handsets just on the opening weekend...whereas Blackberry managed to ship only 3.7m phones in the past three months.

With poor performance, quarter on quarter - with reported losses nearly touching $1 billion mark (just in one quarter) - it was only a matter of time that Blackberry would be sold. Questions being raised were - would the buyers be interested only in Blackberry's patents, the services - but not the hardware business. This speculation loomed and no one knew if Blackberry would continue to exist in the handset business. While this was being talked of - there came a shocker news: Microsoft decides to buy out Nokia's phone business. It was end of an era for King of handsets...which looked like the imminent fate for Blackberry - King of smartphones!

The question is - why does this bother me? As I mentioned earlier, I am not in favour of changing handsets - well, I am also not in favour of changing loyalties with brands that I get used to. It is a pain for me to pick a new gadget and figure out the basics. I am also a BIG fan of Blackberry's QWERTY keypad and find the entire service to be perfectly suited for my needs.

Not everything is gloomy and dead for Blackberry, not just yet at least. With Fairfax Financial buying out Blackberry (news came out yesterday) - with the idea to take the company out of public decision making, make it a privately held entity and then work on its rebuilding. So far - this news is encouraging for Blackberry loyalists like me. I have been rooting for Blackberry to survive, somehow...and today, it seems that it just might!
I am a Blackberry guy