Food Critics: Be Critical, But Responsibly

The more respected a critic, the more his / her word matters and that much more is their responsibility towards their followers. They have to be as impartial and free of prejudice as possible. I understand this is neither always possible nor is it a hundred percent required - after all followers believe in same / similar prejudices as the critics they follow! However, a responsible critic (grounded & centered - who does not think he / she is the voice / pen of food-God) is far better than someone who thinks & wields his / her pen as a weapon.

Pen has mighty strength and each word written (or typed in today's scenario) as a critique has to be well thought out and weighed. Sometimes, a loose word here & there, a personal opinion over an unbiased judgement - is just sign of the critic sunk in heady-ness of power...not the real critique, not the actual experience. 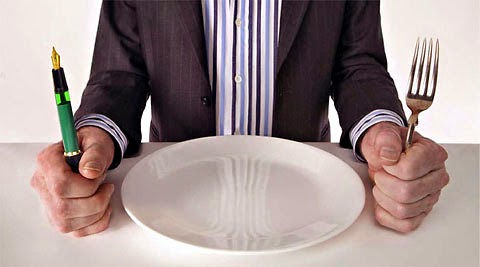 Recently, a famous deli of Mumbai opened its first eatery in Delhi...needless to say with much fanfare. This had to attract the biggest critics to want to go there, also along with Delhi's who's who...and of-course part of not-the-who's-who. One of India's most popular critic decided to pay them a visit, making a reservation under a false name (yeah - people will not recognize them by face when they show up) and reaches on time.

As luck would have it, at first he was not recognized and told he didn't have a reservation there. While trying to get this sorted, this critic saw same treatment being passed on to other guests as well - apparently, guests thought they had a reservation, but were 'rudely' told that they didn't! In all this chaos (obviously, it is Delhi - no one takes crap lying down), someone from eatery management recognized the critic and 'miraculously' a table became available to him.

But this critic being a gentleman and a man of principles refused to accept this miraculous appearance and availability of a table. More so because he was being treated special...after all, God made all men as equal. Angry at management's unapologetic attitude towards their patrons, who were being turned away (despite reservations) and the fact that on recognizing him, he was offered a table - this critic decided to walk away.

The end result of this experience was a 2 page article in a national daily's Sunday magazine - talking about how some places provide good service and some places that don't...most importantly, asking the readers to boycott places that don't! Until that statement - I was completely with Mr. Critic, but his call for boycott seemed more than unjustified. It actually seemed more personal than the article allowed its readers to get a whiff of.

Well, Gandhiji called for boycotting everything British...to drive the British out of India. Is Mr. Critic really suggesting everyone needs to boycott this eatery. To what end? If no one goes there, what will it lead to if not the eatery shutting down? Is Mr. Critic suggesting that this is the only way to teach this eatery's management a lesson (when apparently, he claims to personally know and respect the owners!)? I did reach out to Mr. Critic on Twitter, asking this question - obviously, he chose to play his seniority card and ignored me. 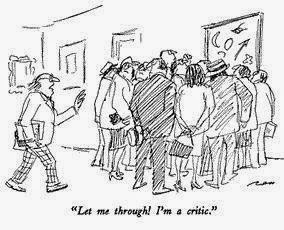 In my view, being angry at this experience is completely justified. Writing a harsh (& true) article is only expected...but to suggest we, the readers, boycott the place - now, that makes no sense to me.

This reaction came from three things: a) no respect for patrons b) unapologetic attitude and c) preferential treatment to him, once he was recognized. I can't imagine if Mr. Critic has never been given any sort of preferential treatment ever (also can't imagine if he never accepted a table when 'normal' patrons were refused entry). However, being in Delhi - not the most polite city, I can imagine rudeness in staff's demeanour...but then again, why should that shock Mr. Critic? Was it the first time someone couldn't recognize him and thus he felt what 'normal' patrons normally do? No...I can't accept his call for boycotting was only based on incidents mentioned in his article.

Mr. Critic has to realise that mistakes happen...even grave mistakes happen. Service isn't something that comes naturally and thus can and will falter. Pointing out errors and suggesting corrective measures is the role I see of a critic - not suggesting "shoot 'em buggers"! Every word written, which has the potential to not only reach millions, but also influence them has to be responsibly written.

Responsibility towards the role of a critic was pushed down, in order to up the agenda of highlighting the ill-treatment meted out that day. I can only hope the bitterness spewed was an aberration and Mr. Critic would find himself comfortably seated in that eatery soon and critiquing the food, which he couldn't do the last time. By the way, the eatery in question here continues to do good business and I have had a decent experience  there myself - w.r.t. service, food was nothing great. 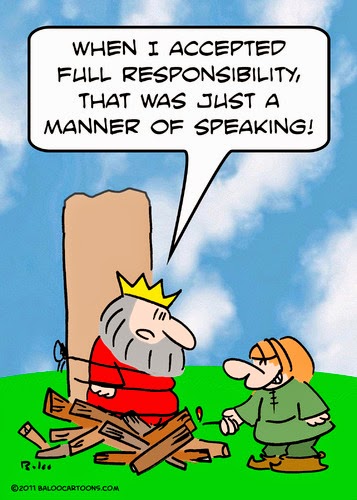 Food Critics: Be Critical, But Responsibly