My Views on a Legend's View

It is not easy to be known and treated as a legend - such a stature is not earned easily and comes with more responsibility than a weak-minded person can manage. One of the challenges of becoming one is to be scrutinised for every word uttered, every step taken (in some cases - steps not taken). There are enough numbers on both sides - followers and cynics - either group can become a pain in a**e.

This post is about one of the biggest legends & philosophers of our times - Mr. Paulo Coelho. I have been one of his followers in past, started with The Alchemist...read a few more of his books after that, but now I am somewhere between being an ignorant and a cynic. Where I stand in my life, my view point & general mood direct my opinion on Mr. Coelho's work - needless to say, as things change for me, my views might change as well. 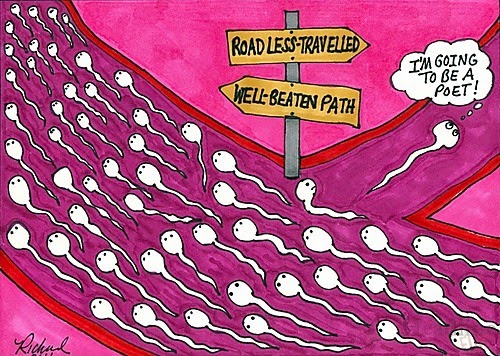 In current scenario: I read one of Mr. Coelho's blog posts. My understanding, in plain & simple words - Mr. Coelho is recommending that instead of following the path that everyone is walking on, think for yourself whether that path is the best path for you.

It is a good read, as he himself has titled this post - it takes just about a minute to read it and understand it. There is nothing wrong with the view anyway - we have so often heard the saying "take the road less travelled" - Mr. Coelho has given it a twist...think before you follow.

Because it is Mr. Coelho who says this and he must have thought about it, must have had more than a fleeting view on this subject and actually believed that this is worth sharing with the world - I questioned my views over & over again, as merely a cynical view point. After debating it for few weeks - trying to take both sides, I finally am convinced that I have a question to ask Mr. Coelho. 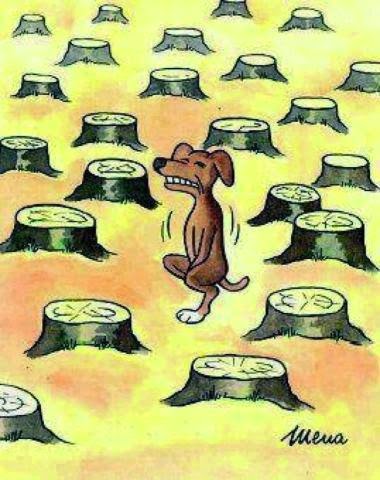 Story in Mr. Coelho's blog post is set in a forest and he suggests that one should think for himself, whether the path in front is the best for him. Some will decide that it is, simply because the path is already there and why bother - exactly the kinds that Mr. Coelho wants to reach out to and tell them there is more to life than following others blindly.

Then there will be some, who will stop and think - some will realise that the path in front isn't best suited for them. This is where my cynicism kicks in...What happens when this group of daring individuals decide to make their own path?

In order to stick to the story - this 'daring' group is still in the forest and each individual in the group wants to pave his own path. My question to Mr. Coelho is: knowing man, is it too far fetched to imagine that there is no forest remaining at all once the daring / awakened group gets to work?

Somehow, I can't quite understand how this suggestion / direction is actually positive (in general) for everyone. I say this because the suggestion assumes everyone has a base level of intellect, awareness and confidence to think and dare. Or is it enough that not so intelligent / bold ones will simply like the thought & move on...but there will always be a few who get inspired, decide to dare and manage to change their life? 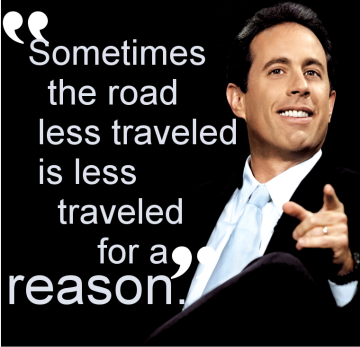 Surely, something to think about.

My Views on a Legend's View