Key for a successful marriage: for men to understand 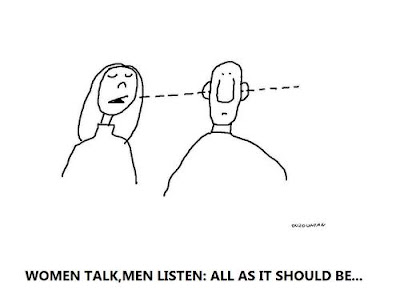 It was at my wedding reception that I was told of the two golden rules of successful marriage. Both came from an old man - who had a successful 43 year marriage and I knew any wisdom that he shares would be worth a lot.

I was initially shocked when this old man came up to me and shared his rules for a successful marriage - that too on my wedding day! "Henpecked" had me confused to no end... 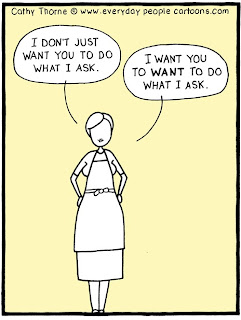 Today, after nearly 7 years I see the reason for these rules to be shared. It's simple really - most boys are nothing but pampered-mama's-boys and married life without these rules could become a rude shock!

It starts with smaller and easier-to-manage issues - helping in household chores, treating kitchen more than a place that food comes out of...go grocery shopping...keeping a tidy room...things that are generally no where on a single guy's radar, but things that become extremely important right from day 2 of married life.

Men can live like pigs...this I do not state with pride, but am merely stating a simple fact. Pigs don't go seeking dirt all around, they are just at home with dirt all around. It is who we are...the challenge kept in front of us is not only to kick old habits and learn new ones...but to do all of it instantaneously.

Challenge isn't that a husband is expected to share chore-load...because in all fairness marriage is all about sharing...the biggest challenge for the guy is not to simply complete a task...but to internalise the task, make it a part of his daily life and live by it as a sacred code of conduct.

For the husband who was uninitiated on the 'golden rules' - once he has managed to become bearable for his wife on the above...comes the second rude shock of his married life...the 'my-way-or-the-highway'! 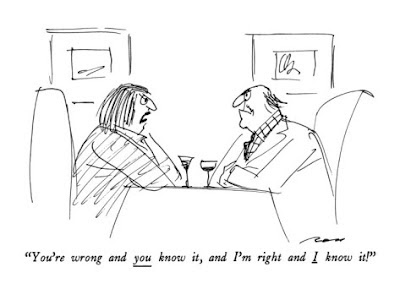 At anytime when habits are kicked and new ones are taken on, arguments are but-natural. The uninitiated guy would try and reason, put forth his views, believe he is an equal part of the equation...only to learn the hard way that life's unfair...there's no question of being an equal and thus, his point of view / his logic / his reasoning - all are just as worthless as another drop of water in the ocean.

The initiated guy would struggle as well, he will take sometime to understand how it all works...just that he will realise (sooner than the uninitiated guy) the equation at work. The equation isn't about equals, isn't about balance of power...but that of emotions. This is where the uninitiated guys fall the hardest...normally, not many are in touch with emotions...now they are married to them. This is where being 'henpecked' helps the initiated guy accept everything that's happening around...even if not always managing to understand the emotions at work.

In my understanding - the 'golden rules' are not to be taken literally...the initiated guy will understand that for a successful marriage a guy has to hear his wife's view and that, he needs to do everything in his power to keep his wife's happiness above everything else...always!

Now that the old man is nearing the landmark Golden Jubilee of his marriage...I asked him the key to a happy married life. He smiled as he understood that I have grasped his rules for a successful marriage. The old man looked at his wife of fifty years, held her hand...and answered - "it's a tripod of love, lust, loyalty".

I will take sometime to completely grasp this key...but am keen to think about this. Will share once I have formed my understanding of the old man's tripod on which his marriage has happily balanced itself for five decades.
Key for a successful marriage: for men to understand